Accents fascinate me. When I hear a strong accent, I’ll spend a lot of time thinking about it, wondering why people speak differently from other regions. The other day I heard someone from New Jersey on NPR. They had that distinctive accent. The longer I listened, the more I began to hear the sound of my friend’s voice, Dirk, from Holland. Of course! The Dutch went in large numbers to the East Coast in the early 1600’s. New York was originally New Amsterdam. Dutch farmers migrated into the lands that are now referred to as New Jersey.

Suellen Ocean is the author of the American history novel, The Guild, Hester’s Goodwill. Available here:

And at Barnes & Noble:

In the south, the weather is so humid, a porch is a must. The original French who settled New Orleans built homes out of timber and then eventually bricks. Homes were often built above the ground, stilt like and were surrounded by a full porch. The rooms had a door that opened to the outside, allowing the flow of air and access to the porch. A Creole is someone who has ancestral roots from the Caribbean. A porch of this fashion also has its origins in the Caribbean, hence the title, Creole porch.

When people speak of art, antiques or other cultural objects, they’ll often use the expression, “Renaissance Period.” You probably know what it means but it still might not be clear. (I like things clear.) The time period for the Renaissance was the 14th – 16th centuries, or 1500’s – 1700’s. It comes from the French word renaitre, meaning to be born again. Before the Renaissance, poetry, sculpture, plays, pottery, ornamentation and architecture from the non-Christian past was frowned upon because Rome and much of Europe had abandoned Paganism and adopted Christianity. With Christianity, it became an attribute to be free of worldly pleasures and seek enlightenment through service to others. The Renaissance was a revival of the art and culture of the ancient pleasure seekers and sometimes a rebellion against the restrictions of Christianity. 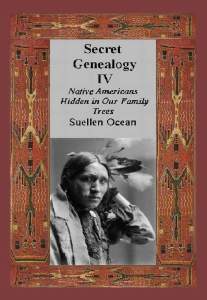 French Trappers who went deep into American wild lands couldn’t help but come into close contact with the Indians. These hearty mountain men came to live as the Indians did and frequently married Native women. The children from these marriages are called Metis. Though there are many instances of French mistreatment toward the Indians, the Colonial French government encouraged intermarriage and having children through those marriages. There was a brotherhood between the French and the Indians. Most of the Indians sided with the French during the French and Indian Wars and when the French lost to the English, the Indians rebelled. There’s no reason to assume that if you are an American with French ancestry that you are also Native-American. However, there is no reason to assume that you aren’t.

When Acadians were driven from their Canadian homelands in the 1700’s, many went to the Caribbean islands. They intermarried with African slaves and their children came to be known as Creole. When Spain had colonies in North America, she did not manage them well and eventually lost them. Children born in these Spanish colonies were called Creoles and were ignored by the mother country and allowed to hold only the lower positions in religion and government. You’re fortunate if you can tie into this rich history.